Association marocaine des droits humains (AMDH) works towards safeguarding human dignity and for the respect, defence and promotion of human rights. Convinced of the universal nature of these rights, the AMDH bases its action on the international agreements which defend them. It campaigns for them to be respected in the political, civil, economic, social and cultural spheres.

The Association is open to all citizens, except those who prejudice human rights. Its main aims are:
– dispersion and circulation of information and education on human rights, particularly through its publications;
– ratification by Morocco of all international human rights conventions and inclusion of their provisions in Moroccan legislation;
– criticism of human rights violations and victim support.

The AMDH, which has 65 local sections, holds its national congress every three years. This congress elects an administrative committee which meets four times a year.

This committee in turn elects the members of the central office which meets twice a month. The AMDH calls for the abolition of the death penalty and would like to see all those fighting for human rights and democracy join a national campaign against what it
terms “inhuman punishment”. To this end, it participates in the Moroccan Coalition Against the Death Penalty. 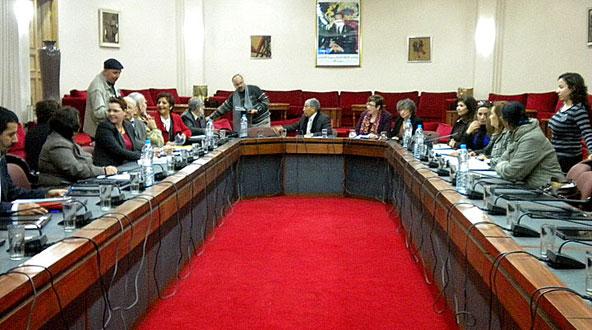