By Elizabeth Zitrin (World Coalition vice-president), in Rome, on 1 December 2013

“No Justice Without Life” was the theme of the 8th International Congress of Ministers of Justice for a world without the death penalty, convened by the Communità di Sant’Egidio in Rome, on 29 November.
The event takes place every year on the eve of the international day “Cities for Life – Cities Against the Death Penalty”.
Marco Impagliazzo chaired the public session of the congress. He is the president of the Sant’Egidio Community, which is a founding member of the World Coalition. A closed session for the Ministers followed.
The meeting gathered 22 ministers of justice from Africa, Latin America, Asia and Europe, and numerous high officials. Italian dignitaries welcoming the Congress included Senate President Pietro Grasso and the mayor of Rome, Ignazio Marino.
The mayor is an organ transplant surgeon and he particularly criticized the Chinese practice of execution with a bullet to the back of the head while keeping the heart beating so that the organs can be sold openly for transplantation. He cited Pope Francis in calling on the assembly to be “rebels against global indifference”.

The European Union’s Special Representative for Human Rights, Stavros Lambrinidis, presented the EU’s “principled stand” against the death penalty and reviewed the progress in abolition and moratoria over the past 20 years.
Lambrinidis stressed the importance of working in global, regional and bilateral programmes to make the death penalty as abhorrent as torture. He praised the work of the African Union, noting that most moratoria on the death penalty are in Africa. He speculated that Africa might become the second death penalty-free continent, after Europe.
Senegal’s Minister of Justice Sidiki Kaba was one of many who articulated the threads running through the day: that “capital punishment is capital injustice” and justice that kills can only be injustice.
These themes were reflected in the presentations of Mario Giro, undersecretary of the ministry of foreign affairs of Italy; Fernando Ferraro, minister of justice of Costa Rica; Benjamin Abalos, Jr., mayor of Mandaluyong City in the Philippines; and Sigfrido Reyes Morales, chairman of the Legislative Assembly of El Salvador, who presented an award to the Community of Sant’Egidio in recognition of their decades of work in that country.
Federico Mayor, president of the International Commission Against the Death Penalty, cited the important work of both intergovernmental and civil society organizations, including Sant’Egidio, the African Union and the World Coalition, and discussed both the progress in Latin America and the difficulties of China.

Calling it a “bold strategy”, Ambassador Georges Martin of Switzerland announced his country’s determination to end the death penalty globally by the year 2025. He, too, cited the importance of civil society, and specifically of the World Day Against the Death Penalty. He noted the growing importance of this annual Congress of Ministers of Justice.
The president of the Committee for Human Rights of the Chamber of Deputies of Italy, Mario Marazitti, a founder of the World Coalition and the guiding force behind both the Congress of Ministers and the International Day of Cities for Life, spoke about the death penalty as “never having been truly a part of human nature”. He framed the battle against the death penalty, along with the battles against slavery and torture, as one single struggle for human dignity.
World Coalition Vice-President Elizabeth Zitrin, representative of Murder Victims Families for Human Rights on the Steering Committee, presented the World Coalition’s members across the regions of the world and the campaigns and mutual support it undertakes. She noted the work of Reprieve representing Italian national Anthony Farina, on death row in the US, and the status of abolition efforts in her home state of California and in the US.

Human rights defender Andrei Paluda from Belarus, the only nation in Europe that retains the death penalty, spoke of the secrecy surrounding executions, and the impossibility of knowing even how many have been killed.
Paluda described condemned prisoners’ struggle between “the hope to keep living and the need to prepare for death”. Because executed prisoners are buried in unmarked graves, many prisoners commit suicide, sometimes with the help of other prisoners or even of guards, so that their families can claim their bodies.
Several speakers noted the leading role of women in abolition efforts. This was highlighted by the presence and presentation of Shukria Barakzai, a Muslim feminist and journalist who is a member of the lower house of the parliament of Afghanistan. Barakzai will be a candidate for the presidency of her country in 2014.

Watch the full public session below: 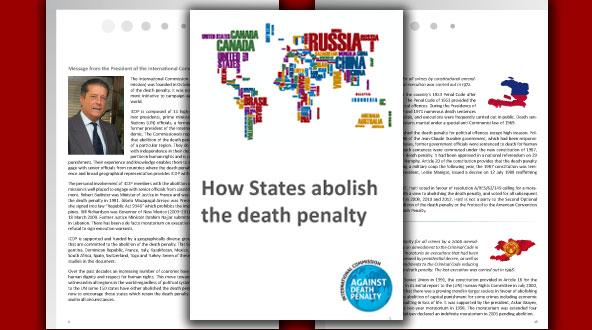 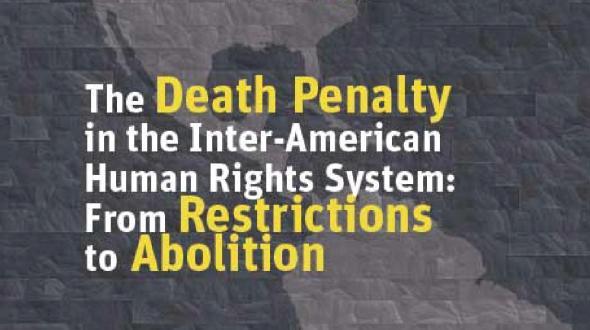