Upholding the rule of law or flouting it?

The execution conducted on April 1 was the second carried out under President Tsai Ing-wen’s administration. Prior to the execution of Li Hong-ji (李宏基) in 2018, TAEDP participated in the follow-up meetings convened by the Ministry of Justice in the wake of the first international review of the Convention On the Rights of Persons with Disabilities (CRPD). At one of the meetings, Deputy Minister Chen Ming-tang stated that he agreed with the view of civil society organizations that the “Guidelines Regarding the Execution of Death Penalty Cases” are problematic and needed to be reexamined. Chen asked the CSOs to provide suggestions for amendment. Ten days later, the Ministry of Justice executed Li Hong-ji, citing those same guidelines.

Amendments to both the Prison Act and Detention Act were passed at the end of last year in the hope that these laws could be brought into line with human rights standards. The revision will come into force this coming July. Recently, various departments of the Ministry of Justice have called frequent meetings with civil society groups to discuss the relevant authorizations under their purview. Among the regulations being discussed, Article 145 of the newly amended Prison Act stated that “death penalty executions are carried out in specific locations in prisons. The approaches, restrictions, procedures and relevant rules are to be set by the Ministry of Justice.” This means that the past practice of execution by firing squad and lethal injection is subject to review, and that the relevant restrictions, procedures, etc. need to be worked out in order to ensure that they comply with human rights protections. But amidst these voices of discussion, the Ministry of Justice executed Weng Jen-hsien (翁仁賢) using the very execution procedures and methods which they admitted were questionable.

The rule of law is not just about following the law. More importantly, it is about control and restraint of government power. The Ministry of Justice, as the competent authority for the death penalty, on the one hand knows that there is a problem with the law that needs to be changed. Nevertheless, the Ministry continues to carry out executions pursuant to the problematic law. This is not upholding the rule of law, this is flouting it.

Carefully following the law or intentionally breaking it?

This execution was not only a violation of the rule of law, it was also conducted illegally.

In the third paragraph of its press release, the Ministry of Justice claims that, in accordance with the Guidelines Regarding the Execution of Death Penalty Cases, they sent inquiries to the relevant authorities to verify whether the death row inmate in question ever filed for an interpretation by the grand justices, a retrial ,or an extraordinary appeal and whether he had a mental disorder or a psychological or intellectual impairment, and confirmed that no application or pardon was granted before issuing the execution order. The Ministry of Justice claims that the process of human rights protection for death row inmates was carefully and thoroughly examined before authorizing the execution.

However, during the course of the trial, Weng was clinically diagnosed by a psychiatrist as suffering from narcissistic personality disorder and partial autism-spectrum disorder. The diagnosis also indicated that Weng suffered from these multiple issues before and after the commission of the crime, and ultimately they were a major cause of this tragedy. How did the Ministry of Justice conclude that Weng’s case did not require a review relating to “mental disorder or other mental or intellectual impairment” as stated in the Guidelines Regarding the Execution of Death Penalty Cases? If the Ministry of Justice is unable to articulate the basis for its judgment, doubts about Weng’s execution being conducted unlawfully will remain.

The fourth paragraph of the Ministry of Justice’s press release also cites the ICCPR and ICESCR, stating that the implementation is in compliance with the provisions of the relevant conventions and that it is aimed at achieving judicial justice, enforcement and administration according to law. However, in accordance with the ICCPR and ICESCR, the CRPD, and the concluding observations and recommendations of the international review conducted in 2017, international experts have repeatedly said that the Taiwanese government should immediately establish a moratorium on executions, and that the death penalty should not be used against people with psychosocial or intellectual disabilities. This execution conducted by the Ministry of Justice is therefore in clear violation of covenant obligations.

In 2010, the Ministry of Justice invited experts and NGO representatives to form the “Task Force to Research the Gradual Abolition of the Death Penalty”. In the first and second articles of the mission statement of the task force, it was clearly stated that “to implement the policy of gradual abolition of the death penalty and achieve the ultimate goal of death penalty abolition, the Ministry of Justice is planning to establish a standing Task Force to Research the Gradual Abolition of the Death Penalty” and that “The Act to Implement the ICCPR and ICESCR has already passed in the Legislature and the ICCPR and the ICESCR both were ratified by the President. The abolishment of the death penalty is a core issue of human rights. As part of human rights progress in Taiwan, the policy of gradually abolishing the death penalty shall be promoted with proactive measures. In order to obtain the approval of the civil society and victims’ groups, and achieve the goal of death penalty abolition in line with the international trend of death penalty abolition and secure the protection of human rights, a standing task force and its implementation mechanisms shall be established to urge other competent authorities to actively carry out relevant measures.” This was the original intention behind the establishment of the task force and also the main reason for the CSO representatives to participate in the task force. It was a pity that, at the end of 2012, the Ministry of Justice openly stated that, “Regarding whether Taiwan’s death penalty should be retained or be abolished, the Ministry of Justice always upholds the principle of performing administrative duties according to law and has never pledged in public to abolish the death penalty or to end the death penalty.” In addition, witnessing how the government had continued to carry out executions since 2010, nine members from the civil society, including the TAEDP, held a press conference on December 25, 2012 to announce their withdrawal from the task force.

During the second International Review of the ICCPR & ICESCR in early 2017, Deputy Minister Chen Ming-tang, in his response to the international experts’ inquiry, pledged to reinstate the task force within three months. However, the task force was not reinstated until the end of 2017. Members of the task force included the TAEDP, the Taiwan Innocence Project (台灣冤獄平反協會), the Chinese Human Rights Association (中華人權協會), the Association for Victims Support (犯罪被害人保護協會), the White Rose Social Care Association (白玫瑰社會關懷協會), and representatives from academia as well as government officials. At the first meeting of the task force, a majority of its members took a clear position in support of the death penalty. To date, seven meetings have been held and it has become obvious that only a few representatives from civil society would attend the meetings, generally the same ones, and that the meeting times and agenda appeared to be loose and lacking in substance. In the end, the meetings turned into lectures by international scholars. Many issues raised by civil society were not discussed in substance nor were any conclusions reached.

An Unsuitable Minister of Justice

In 2002, the Taiwan Legislature failed to ratify the ICCPR and the ICESCR due to a motion to reconsider. In March 2009, the Legislature passed the Act to Implement the ICCPR and the ICESCR. According to Article 6, Item 6 of the ICCPR, “Nothing in this article shall be invoked to delay or to prevent the abolition of capital punishment by any State Party to the present Covenant.” It is beyond doubt that the abolition of the death penalty is an important policy objective for Taiwanese criminal law and it should be the government’s responsibility and goal.

If reports by the news media are accurate, Minister of Justice Tsai Tsing-hsiang has claimed that neither Prime Minister Su Tseng-chang nor President Tsai Ing-wen had any prior knowledge regarding the execution. In his position as Minister of Justice, we expect Minister Tsai not only to respect the rule of law and lead his ministry in accordance with the law, he should also advise the government to actively promote the nation’s policy of abolishing the death penalty. A minister who arbitrarily carries out executions with such disregard for the rule of law has already shown that he is no longer suitable for this position. 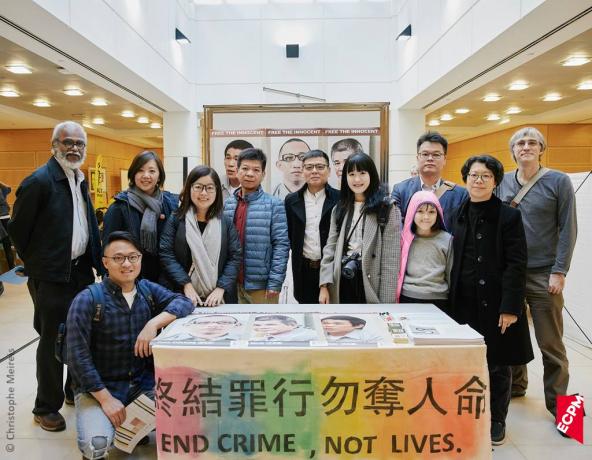 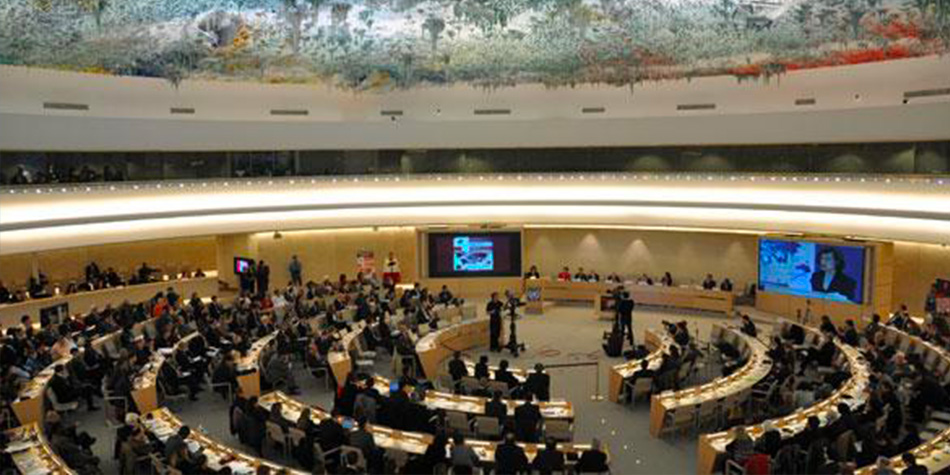