All about United Kingdom

Drawing on primary research, this book explores the cultural life of the death penalty in Britain in the twentieth century, including an exploration of the role of the popular press and a discussion of portrayals of the death penalty in plays, novels and films. Popular protest against capital punishment and public responses to and understandings of capital cases are also discussed, particularly in relation to conceptualisations of justice.

By Harm Reduction International, on 23 January 2018

Harm Reduction International is currently seeking to recruit a Human Rights Advocacy Officer, working as a member of their Campaigns and Advocacy Team.

The Death Penalty Project is recruiting a Project Officer. 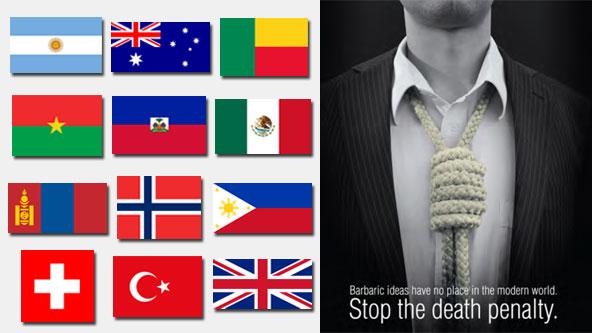 By World Coalition Against the Death Penalty, on 9 October 2014

Twelve governments from countries with and without capital punishment release a joint declaration calling for a world that “respects human dignity” on World Day Against the Death Penalty.

Hands Off Cain organised a conference on the abolition and moratorium of the death penalty in West Africa on January 13 and 14, in partnership with the government of Sierra Leone and with support from the World Coalition, the European Union and FIACAT. 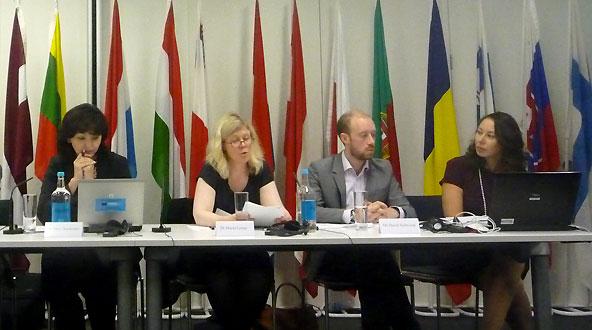 Opening up the debate in countries with the death penalty

By Penal Reform International, on 19 September 2011

On 19 and 20 September, World Coalition member organisation Penal Reform International (PRI) is bringing 120 people from retentionist countries to London to discuss global trends towards abolition of the death penalty.

A shortage in one of the component of lethal injections has led to the drug being imported from Britain in violation of European law to carry out an execution in Arizona.

Several UN member states taking part in Iraq’s UN human rights review have asked Bagdad to restore a moratorium on the use of the death penalty and to move towards abolition.

Bitter criticism has been targeting China since the execution of British national Akmal Shaikh in the Chinese province of Xinjiang on December 29 after he was found guilty of transporting drugs.

Arguing for the Death Penalty: Making the Retentionist Case in Britain, 1945-1979

There is a small body of historiography that analyses the abolition of capital punishment in Britain. There has been no detailed study of those who opposed abolition and no history of the entire post-war abolition process from the Criminal Justice Act 1948 to permanent abolition in 1969. This thesis aims to fill this gap by establishing the role and impact of the retentionists during the abolition process between the years 1945 and 1979. This thesis is structured around the main relevant Acts, Bills, amendments and reports and looks briefly into the retentionist campaign after abolition became permanent in December 1969. The only historians to have written in any detail on abolition are Victor Bailey and Mark Jarvis, who have published on the years 1945 to 1951 and 1957 to 1964 respectively. The subject was discussed in some detail in the early 1960s by the American political scientists James Christoph and Elizabeth Tuttle. Through its discussion of capital punishment this thesis develops the themes of civilisation and the permissive society, which were important to the abolition discourse. Abolition was a process that was controlled by the House of Commons. The general public had a negligible impact on the decisions made by MPs during the debates on the subject. For this reason this thesis priorities Parliamentary politics over popular action. This marks a break from the methodology of the new political histories that study ‘low’ and ‘high’ politics in the same depth.

During the past year, the 28 member associations in the FIACAT network have given their abolitionist activities a boost. The issue of the death penalty is at the heart of their mission.

Motion picture on the life and times of Albert Pierrepoint – Britain’s most prolific hangman.

The Shadow of the Gallows: The Death Penalty and the British Labour Government, 1945-51

By Victor Bailey / Law and History Review, on 1 January 2000

Exactly what went wrong and why is the theme of this article. How and why did the Labour government, despite its massive majority in Parliament and a long-standing commitment to abolition, fail to get rid of the death penalty? Why was this “window of opportunity” to abolish capital punishment shut for another decade and a half? The answers to these questions will be sought primarily in the realm of government and Parliament.