ALEF’s core mandate is Monitoring and Advocacy. Its main concern are Human Rights issues, thus the organization has been advocating against death penalty. Currently our project activities are the following:

1- Competition on the Best Human Rights Defense (Moot Court Simulation)
Law students in their 4th year from 2 prominent universities will split up into two teams, to compete against each other in preparing the best human rights defense for a real case of an individual who has been convicted to the capital punishment. The team who will present the best human rights defense will win a “Human Rights Trophy”. ALEF along with the above-mentioned university is also looking into the possibility to turn this activity into an annual competition, in order to engage law students into the practice of international human rights law. (April 2012)

2- Media Competition
University students focusing on media are asked to engage in a competition where they will have to shoot a short clip video showing how cruel and inhumane the death penalty is. A professional jury formed by ALEF will then select the best video that will be awarded with a Cannon eos 550 D camera. (Deadline December 5th 2011)

4- Outreach material
The outreach strategy foresees the distribution of informative material to different groups to raise awareness on the inhumanity of the death penalty and present the objectives of the campaign. The campaign goes under the motto “hangman is not a game” and the variety of the material produced will be branded with the logo of this facebook page: Shot glasses will be to students and youngsters in general in pubs Coasters will be handled to restaurants in order to reach the general public Flyers will be given to people in crowded streets. (October, November & December 2011)
a- Leaflets & Pins will be handled to students and faculty staff in 4 prominent universities in Lebanon
b- Posters will be given to other NGOs

5- Graffiti
This is a new tactic in promoting human rights. 4 graffiti drawings will be created by artists to show the cruelty of the death penalty. These graffiti will be drawn on the walls of the most crowded streets in Beirut. (February, March, April 2012)

6- Death Penalty Day
On October 10th, a joint – press conference (Alef-act for human rights, Lebanese Centre for Human Rights (CLDH), European Union, human rights activists) was held at the journalist syndicate in Beirut to raise awareness about the issue of death penalty. On the same day, a peaceful sit was organized in partnership with other NGOs in front of the Lebanese parliament. This last action was broadly covered by the local media. (October 2011)

9- Mass SMS campaign
In this campaign, 100,000 thousand SMS messages will be sent to mobile phones in Lebanon. 50,000 SMS were sent in the first wave on October 10th (International day against Death Penalty), and 50,000 more will be sent on the 10th of December (International day for human rights). The target audience is selected carefully to include professionals such as doctors and lawyers, and politicians not to mention students from different universities. The message displayed “say no to the death penalty” will be sent along the link to the facebook page and website of the project. (October – December 2011)

10- Create a facebook/twitter page
In order to reap the benefits of social media and since it is expanding rapidly and involving youth from all over the world, a facebook and twitter page for the project was created. In these pages, all the official news of the project are being published in order to keep the audience updated and aware of the news related to the death penalty in Lebanon and of the activities foreseen in the project. (October 2011) 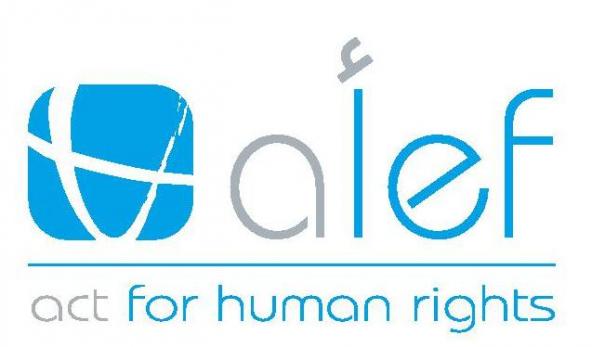