For a long time, the city of Reggio Emilia has been proud of its strong vocation for the struggle in defense of Human Rights, which is supported by the commitment of the entire community. An example is that, in order to strengthen its contribution in the struggle against apartheid in South Africa, the city signed an agreement of association with African National Congress, Nelson Mandela’s party, in 1977. It was such a striking event that it was quoted during the 35th meeting of the UN Anti-Apartheid Special Committee.

Relying on this tradition, over the years the municipality of Reggio Emilia has activated and developed numerous activities in defense of Human Rights. Such activities are particularly aimed at supporting the struggle against the death penalty, especially since 2000.
The city’s work for abolition began when Reggio Emilia’s municipal council passed a resolution that year about the death penalty and the continuatuion of the twinning with Fort Worth in Texas, a state that holds the record for executions numbers in the US. The municipal council then decided to go down the path of dialogue, a position restated on many occasions ever since. Through this friendly link established in 1985, it has been striving to open a debate between citizens and authorities around the issue of the death penalty. Moreover, Reggio Emilia has decided to support organisations and initiatives against the death penalty in Texas and around the world. It is a member of the Texas Coalition to Abolish the Death penalty and of the World Coalition. The city also contributes to a legal fund managed by the Communità di Sant’Egidio.

The city regularly sends appeals to the governor of Texas and the mayor of Fort Worth when executions are scheduled, or to support abolitionist bills in parliament.
In October 2006, the mayor of Reggio Emilia, Graziano Delrio, was the first Italian mayor to visit two death row inmates in Livingston, Texas.
In February 2007, the chairman of Reggio Emilia’s municipal council addressed the World Congress Against the Death Penalty organised by Together Against the Death Penalty.
The city also organizes round tables and conferences about the death penalty and human rights every year in the autumn, especially in schools. It participates in the World Day against the death penalty on October 10th and in the Cities for Life-Cities against the death penalty event on November 30. 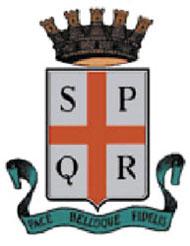