On 1 July 1997 a group of lawyers, economists and political scientists from the Democratic Republic of Congo (DRC) held a meeting following the massacre of children by militiamen in North Kivu in the east of the country. Revolted by this unspoken tragedy, they decided to set up the Committee of Human Rights Monitors (Codho).
Since then, Codho has been fighting against impunity. Together with the judiciary, UN mechanisms and the African Commission on Human and Peoples’ Rights, it helps victims of human rights violations lodge complaints.

Codho also fights against the death penalty and torture. The DRC has not yet abolished capital punishment and the Committee works to raise awareness among the majority of the population which still supports the death penalty, mainly out of ignorance. Taking concrete cases as examples, the Committee demonstrates the ineptitude of this punishment through television programmes and meetings with local groups (churches, youth clubs, etc.), including in the most remote provinces.

“After the murder of 11 journalists in Kivu, we explained that sentencing the murderers to death would mean the soldiers and politicians who had manipulated them going free. People often change their minds”, commented N’Sii Luanda, President of Codho.
Aware that, more than anything else, the legal world needs a law to break with the death penalty, Codho is pressuring parliamentarians to abolish it. It also follows trials where the accused risk being sentenced to death, gives medical, legal and social assistance to victims of torture, and works with local authorities to improve their governance. 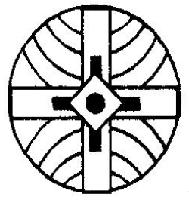