KontraS (Commission for the Disapeared and Victims of Violence)

KontraS (Commission for the Disappeared and Victims of Violence) in Indonesia is a human rights NGO that deals with human rights issues in Indonesia, particularly civil and political rights. Abolition of the death penalty is one of its advocacy objectives.
KontraS is a member of regional and national networks: Anti Death Penalty Asian Network (ADPAN) and HATI (Coalition against Death Penalty in Indonesia).

For the past three years, KontraS organised activities and campaigns on anti-death penalty issue, such as press releases, inter-faith prayers on the eve of executions, distribution of campaign materials, artistic happenings on World Day against Death Penalty, media briefings, documenting and report publishing on death penalty practices in Indonesia.
Its work is mostly documented in Indonesian language.
KontraS’s website has a special section on anti-death penalty activities. 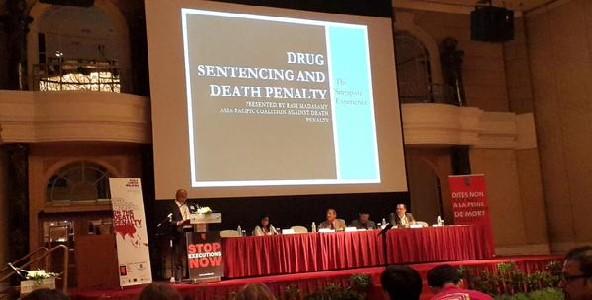 The death penalty for drugs: a central point during the regional congress

Indonesia: execution for drug crimes is no solution

Indonesian executions on the rise as election looms