LBH Masyarakat (Community Legal Aid Institute) is a collective of individuals who believe that every human has potential to actively participate in legal aid, to uphold justice, and to contribute to the protection of human rights. LBH Masyarakat believes in equality, non-discrimination, and acknowledgement of inherent human dignity. LBH Masyarakat defends the right of every human being without distinction on any backgrounds: ethnicity, religion, race, social status, sexual orientation, gender identity, mental health situation, or other status.

LBH Masyarakat has represented people on death row and raised their profile in both national and international media. LBH Masyarakat also spoke at the UN General Assembly Special Session on drugs on the issue of drugs and the death penalty, attended World Congresses against the Death Penalty, held press conferences, issued press releases, and spoke to the national media, on the issue of abolition of the death penalty, monitored the development of the Draft of Criminal Code, submitted joint shadow reports with Reprieve UK to the UPR on Indonesia focusing solely on the death penalty, spoke at the UPR Pre-Session and attended the UPR sessions, organised events in commemoration of the World Day against the Death Penalty, co-organised the National Conference on the Death Penalty, with KontraS, organised a series of Capital Defence Lawyer Training (topics included: torture and forensic documentation, investigation and mitigation, media, mental health). 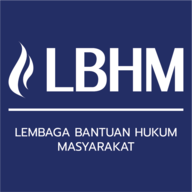