lifespark is a Swiss organization and was founded in January 1993.

lifespark is a non-profit organization, financed by membership dues and donations. All work for lifespark is done on a voluntary basis.

lifespark has a central governing body; it has members from all linguistic regions of Switzerland.

As of the end of 2012, the organization had 320 members. lifespark members have maintained 1300 pen pal-ships in the past 19 years.

THE THREE GOALS OF lifespark:

1.  One of the main goals of lifespark is to arrange pen pal-ships with prisoners condemned to death in the USA and to offer its members support and advice. The members meet at different events several times a year.
–   lifespark informs the public about the death penalty and is involved in events and activities to abolish it. Through information stands, press releases, talks in schools and similar activities, people are made aware of the problems involved in the death penalty. In this way we try to combat ignorance, which is the most common reason for supporting the death penalty.
–   lifespark co-operates with other national and international organisations which share the same goal: the abolition of the death penalty worldwide!

Why the USA? As more and more countries in the world abolish the death penalty, the only Western country to continue executing many people each year is the United States. In the past, many of those executed were poor or mentally retarded. Many innocent people have also been executed. The injustices of the US judicial system are obvious. At the same time the world looks up to the USA and accepts its leadership.

There are other countries besides the United States which have legalized injustice and inhumanity. However, the USA is the most accessible to us and therefore that is where we concentrate our efforts. 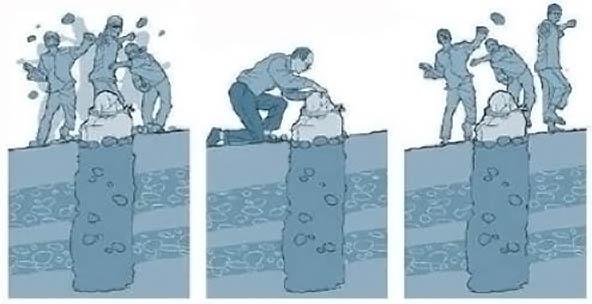