The town of Brain-l’Alleud is located in Brabant wallon in the Hain valley, about twenty kilometres from Brussels. It has 37,000 inhabitants. Previously the site of the Battle of Waterloo in 1815, today the town welcomes much more peaceful activities, including a large number of NGOS and in particular an Amnesty International group and the Coalition for Truth and Justice (CFTJ), which argues against the death penalty in the southern states of the United States. Following a proposal by Myriam Stubbe, the driving force behind the CFTJ, Vincent Scourneau, the Burgomaster (mayor) of Braine-l’Alleud and a lawyer and fervent abolitionist, obtained permission from the town council for its membership of the World Coalition Against the Death Penalty.

Since then, the town and CFTJ have together raised awareness with the wider public. Myriam Stubbe, who travels to the United States twice a year to meet death-sentence prisoners, lawyers and American abolitionists, gives talks to high school and university students in the region.

Abolitionist events (conferences, concerts, etc.) are also regularly held in Braine-l’Alleud and particularly on the World Day Against the Death Penalty. 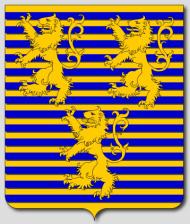