Reports by IHR show Iranian authorities have executed more than 800 people in 2015 (based on information collected until 8 October 2015) and a number of them may have been innocent. Mahmood Barati, a school teacher who was sentenced to death for a drug charge based solely on a false testimony given by another prisoner with a drug charge, is an example of an innocent prisoner who was hanged to death by Iranian authorities in 2015.

500 of the prisoners who were reportedly executed in 2015 were sentenced to death for a drug related charge, and most of them belong to marginalized groups in Iranian society. Iranian authorities often deny prisoners with drug charges access to a lawyer and subject them to unfair trials and torture for the purpose of extracting confessions.

The United Nations’ Office on Drugs and Crimes (UNODC) cooperates with Iranian authorities in the fight against drug trafficking, and several European countries contribute directly or through regional projects to this cooperation. Iran Human Rights and several human rights NGOs have previously called on the UNODC to freeze its funding of Iran counternarcotic efforts. Several countries such as Ireland, Denmark and the UK have ceased their funding of the UNODC project in Iran, to “not contribute” directly or indirectly to the execution of several hundred people every year.

On the occassion of the 13th annual World Day against the Death penalty, Iran Human Rights once again calls on the UNODC and countries who are funding UNODC projects in Iran to make their cooperation in the area of anti-narcotics conditional on a moratorium on the death penalty for drug offences.

“Iranian authorities have admitted that executions have not contributed to a reduction in drug crimes in Iran. As long as cooperation between UNODC and Iran continues, the UNODC and countries cooperating with Iranian authorities on law enforcement against drug trafficking must be held accountable for the annual arbitrary executions of several hundred people in Iran for drug offences,” says Mahmood Amiry-Moghaddam, spokesperson for Iran Human Rights.

On the occasion of the 13th World Day Against the Death Penalty Iran Human Rights, in collaboration with “Small media”, also published an overview of the IHR’s annual reports from 2011-2014 along with the first half of 2015.

This report shows that the average daily number of executions have increase from under two executions each day in 2011-2014 to three daily executions in 2013. The report also highlights some of the victims of the Iranian authorities deadly injustice. 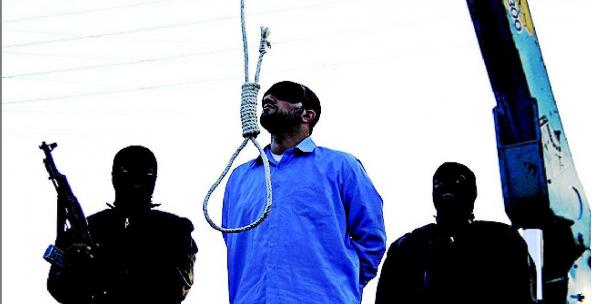