The International Bar Association Conference (Conférence internationale des barreaux – CIB) was founded by representatives of 24 bar associations of countries that share both the French language and a common judicial tradition. It is now composed of 83 members.
The CIB’s objective is to create a cooperation structure between them. It groups together associations that assert an ideal of independence and whose directors are democratically designated by the lawyers themselves. Lawyers can also join on an individual basis and participate in its activities.

The CIB organises two to three training sessions for lawyers in its member countries annually. It organises exchanges of interns between its members and has enabled more than 150 young African lawyers to follow an apprenticeship with the law school and firms in Paris.
The CIB sends observers or helps local lawyers during sensitive cases and lends support to bar associations in the process of being founded or in difficulty. It is a member of the Agence de la francophonie (Agency for the French-Speaking Community) and sponsored the founding of Avocats sans frontières (Lawyers without borders).

While respecting their autonomy, the conference aims to help these bar associations in their work to develop the rule of law in their respective countries. It aims to make the concept of the universal character of human rights and, in particular, the rights of the defence, a reality.

During its 17th congress in Dakar in 2002, the CIB adopted a resolution requiring its members to “promote the abolition of the death penalty by all appropriate communication means and to unite its efforts in order to convince the competent authorities of states still using the death penalty of the necessity to undertake the steps needed to abolish this penalty without delay”. I
t repeats this objective at its regularly organised colloquiums, which sometimes include related subjects such as “African human rights” or “Prisoners’ status” 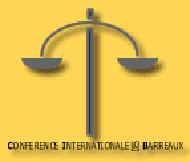