JPP was the winner of the 2016 Franco-German Human Rights Prize for the Rule of Law and the 2016 National Human Rights Award awarded by the President of Pakistan.

Litigate: Led by lawyers and investigators, our legal team carries out strategic litigation pursuing cases on behalf of individuals with the potential to bring systemic change

Advocate: Fierce domestic and international advocacy campaigns with the potential to bring systemic change are carried out by our advocacy team 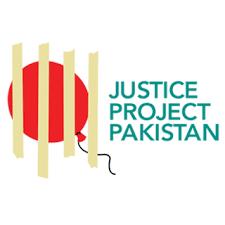 Pakistan’s criminal justice system fails to provide meaningful protection to persons suffering from mental illness at all stages of arrest, trial, sentencing and detention. Under Pakistani law, a person of unsound mind is unable to form criminal intent and therefore is not subject to punishment. Despite this, a disproportionate number of mentally ill prisoners are currently in Pakistan’s jails and on death row.

In light of the above, JPP, in collaboration with Monash University Australia, is launching a report titled “Trapped Inside: Mental Illness & Incarceration”, a comprehensive review of Pakistani law and practice with regards to mentally ill prisoners and defendants. This report seeks to help relevant stakeholders to better understand and respond appropriately to the mental health needs of individuals across the criminal justice system. It focuses on the steps stakeholders can take to promote and protect mental health and well-being of individuals at each stage. The report also explores last year’s landmark ‘Safia Bano’ judgement by Pakistan’s Supreme Court, which commuted the death sentences of two mentally ill death row prisoners, banned the execution of prisoners with psycho-social disabilities and set key safeguards for the same.

Who Are We Hanging?

The index, created by Justic Project Pakistan, gives statistical information on the use of the death penalty in Pakistan.