The Puerto Rican Coalition against the Death Penalty (PCADP) is a non-party, non-sectarian organisation incorporated in Puerto Rico in March 2005 to promote the elimination of the capital punishment.The PCADP aims to join efforts among the different abolitionist organisations and activists in Puerto Rico. Its Statement of Principles emphasises that it does not believe in the impunity of a crime and identifies with the pain of the families of both the victims and the accused. It rejects the death penalty inside and outside Puerto Rico.

The Commonwealth of Puerto Rico, a Spanish-speaking archipelago of 4 million inhabitants, has been under US sovereignty since 1898. It has its own Constitution and laws, which are subordinated to the US federal legislation. Puerto Rican abolitionists opposed the US-imposed death penalty from the early 20th century. They obtained a four-year moratorium in 1917. The last execution took place in 1927 and the Puerto Rican legislature abolished the death penalty in 1929.

Today, Puerto Rico is the only territory under US sovereignty to have included the abolition of capital punishment in its constitution. However, the Federal Death Penalty Act and the Federal Extradition Act apply to Puerto Rico, exposing Puerto Ricans to death sentences. Moreover, a Puerto Rican was sentenced to death and executed in Florida in 2006, and others risk the death penalty in other parts of the US.

The Puerto Rican Coalition against the Death Penalty aims at excluding Puerto Rico from the scope of the Federal Death Penalty Act, as is the case for other federal laws. It also intends to mark its opposition in every case in which death penalty certification is to be requested by federal prosecutors in Puerto Rico.

The Puerto Rican Coalition against the Death Penalty has been a member of the World Coalition since 2006. It has launched a campaign to form a Caribbean abolitionist network to join forces with other abolitionist groups, either in retentionist or abolitionist countries of the region. As of June 2007, the PCADP was composed of more than 40 religious, political, student, community, labor union, professional, and human rights advocacy organisations.

1. The Committee last reviewed the United States’ compliance with the International Convention on the Elimination of All Forms of Racial Discrimination in 2014. Among the 2014 Concluding Observations are two recommendations relevant to this Report. 2. The Committee stated that it “remain[ed] concerned that members of racial and ethnic minorities, particularly African Americans, continue to be disproportionately arrested, incarcerated and subjected to harsher sentences, including life imprisonment without parole and the death penalty.” Among other things, the Committee encouraged “[a]mending laws and policies leading to racially disparate impacts in the criminal justice system … and implementing effective national strategies or plans of action aimed at eliminating structural discrimination.” The Committee specifically encouraged “[i]mposing a moratorium on the death penalty, at the federal level, with a view to abolishing the death penalty.”1 3. The Committee also commented on “the ongoing challenges faced by indigent persons belonging to racial and ethnic minorities to access legal counsel in criminal proceedings in practice.” The Committee encouraged the adoption of “all necessary measures to eliminate the disproportionate impact of systemic inadequacies in criminal defence programmes on indigent defendants belonging to racial and ethnic minorities, including by improving the quality of legal representation provided to indigent defendants.”2 4. This report addresses the United States’ compliance with its human rights obligations under the Convention with regard to the death penalty, including with respect to those areas identified in the Committee’s 2014 Concluding Observations as described above.

By Puerto Rican Coalition against the Death Penalty, on 1 January 2013

The information presented in this annual report covers the situation about death penalty cases, regarding Puerto Ricans who face death penalty proceedings in the federal jurisdiction, as well as in those states of the U.S. where such punishment is strictly upheld, and a case of petition for extradition.

Civil society instrumental in UN monitoring of progress towards abolition 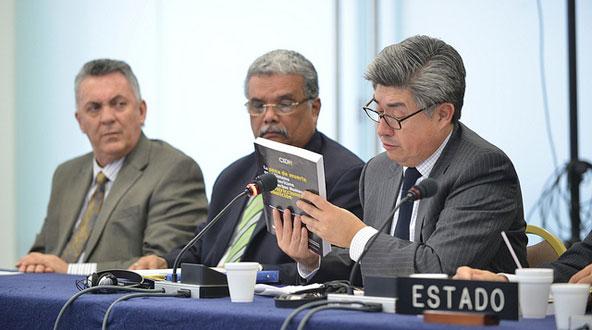 Abolitionist Challenges for 2013 in Puerto Rico