Taiwan’s Justice Minister Tseng Yung-Fu (photo) ordered the executions of four death row inmates on April 30. According to World Coalition member organisation Taiwan Alliance to End the Death Penalty (TAEDP), Chang Chun-Hong, Chang Wen-Wei, Hong Chen Yeow and Ke Shi-Ming were killed in the space of just over an hour. Their families weren’t informed and they were not able to meet the four men for the last time before they died.
“These executions cast a dark shadow on the country’s human rights record, and blatantly contradict the Justice Minister’s previously declared intention to abolish the death penalty,” said Catherine Baber, deputy director of the Asia-Pacific programme at Amnesty International, another World Coalition member.

“We are shocked and enraged at these so-called ‘executions according to law’,” TAEDP said in a statement. The organisation pointed to irregularities in the executions, including the demand by at least condemned man to have the constitutionality of his sentence examined by the Judicial Yuan, which should have suspended the execution order.
Forty other death row inmates have applied for constitutional interpretation with help from TAEDP.
TAEDP, the Judicial Reform Foundation,  the Taiwan Association for Human Rights, Amnesty International Taiwan, the Taiwan Labor Front, the Human Rights Committee of the Taipei Bar Association, the Regional Tibetan Youth Congress Taiwan, the Taiwan Green Party and the Humanistic Education Foundation together handed a letter of protest to the ministry of justice on May, 1st.
The Anti-Death Penalty Asia Network (ADPAN) calls on the public to write to Taiwan’s President Ma Ying Jeou and Justice Minister Tseng as well as to the country’s leading media organizations to protest against the executions.
The debate on the death penalty had forced Taiwan’s previous justice minister, abolitionist Wang Ching-feng, to resign last month, prompting a letter from the World Coalition to President Ma to remind him of his committments. 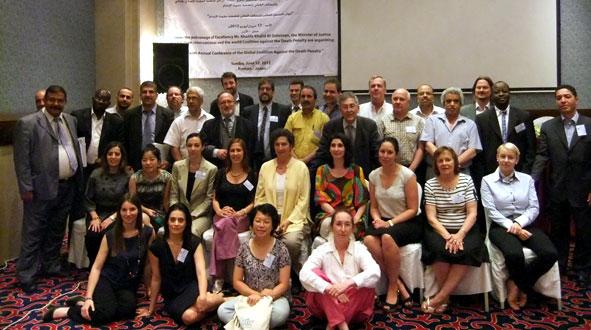 Statement on the occasion of the International Human Rights Day