An association is created, governed by the law of 1st July 1901 and the decree of 16th August 1901 and having the following statutes:

Preamble
The signatories of the Final Declaration of the 1st World Congress Against the Death Penalty held in Strasbourg on 21-23 June 2001 pledged to «create a worldwide coordination of abolitionist associations and campaigners» (§9 of the Declaration).

In conformity with this commitment, the World Coalition Against the Death Penalty was created in Rome, Italy, on 13 May 2002.

The World Coalition Against the Death Penalty and its member organizations share the common objective of universal abolition of the death penalty.

ARTICLE 1: NAME
The name of the association is “World Coalition against the Death Penalty” (hereinafter: “the Coalition”), in French “Coalition mondiale contre la peine de mort”.

ARTICLE 2: REGISTERED OFFICE
The registered office is fixed at 3, rue Paul Vaillant-Couturier, 92320 Chatillon, France.
It can be transferred by decision of the Steering Committee.

ARTICLE 3: PURPOSE
3.1. The aim of the Coalition is the universal abolition of the death penalty. To this end, it is dedicated to bringing together private- and state-owned, international, national, local or regional organizations sharing this objective.

3.2. In particular, the objectives of the Coalition consist of strengthening international action in the fight against the death penalty, leading and coordinating actions on an international scale, particularly lobbying, to complement the actions that its members are carrying out, bringing together new abolitionists, and putting more pressure on those countries that keep capital punishment in their legislation. Equally, the Coalition aims to create a network of abolitionist players and to support them.
3.3. The positions taken by the Coalition complement those of its members, who remain entirely independent. As a priority the Coalition acts on an international level.

3.4. The purpose of the World Coalition is to promote the universal abolition of the death penalty by all means.

ARTICLE 4: GENERAL RULES
4.1. At all levels of the Coalition, decisions are taken with a majority of two thirds of the members of the body present or represented.

4.2. Any body that has appointed a legal entity may relieve it of its duties, with the provision that it invites the said legal entity to come before it beforehand to explain itself.

ARTICLE 5: MEMBERSHIP
5.1. Membership is open to all organizations or corporations, public or private, international, national, local or regional, committed to the fight against the death penalty.

5.2. Every organization that subscribes to the objective of universal abolition of the death penalty, and wishes to join the Coalition, should address a written request to the Secretariat of the Coalition confirming its unconditional opposition to the death penalty, presenting the organization, and indicating the ways in which it is currently taking, or planning to take, abolitionist action. The organization should also address to the Secretariat a signed copy of the Declaration of commitment to the principles of the Coalition.

5.3. Membership requests are submitted for examination and decision to the Steering Committee.

ARTICLE 6: DE-REGISTRATION
Membership status is lost through:
–    resignation by notification of the decision to the Secretariat of the Coalition;
–    de-registration pronounced by the General Assembly for reason of  serious violation of the current Statutes, of the Declaration of commitment to the principles of the Coalition or, if relevant, of the rules of procedures.

7.4. The right to vote at the General Assembly will be reserved for those members who are up to date with their subscriptions, except cases of exemption.

ARTICLE 8: STEERING COMMITTEE
8.1. The Steering Committee is charged with implementing the strategy defined by the General Assembly.

8.5. The Steering Committee must send the minutes of each of its meetings to all members of the Coalition.

ARTICLE 9: EXECUTIVE BOARD
9.1. The Executive Board has responsibility for the general control, management, governance and legal issues concerning the independent Secretariat of the World Coalition.

9.3. The Executive Board meets at least once a quarter before each Steering Committee meeting and is convened by the President of the Coalition.

9.4. The Executive Board must send the minutes of each of its meetings to all members of the Steering Committee, using any existing mean.

9.5. The members of the Executive Board can represent the Coalition publicly, but can only express themselves on behalf of the latter on specific points that have been approved by the General Assembly or the Steering Committee.

ARTICLE 11: TREASURER
11.1. The Treasurer prepares the budget in association with the Secretariat. S/he monitors its fulfillment and prepares the financial report of the Steering Committee.

11.2. The Treasurer has the possibility, when relevant, to delegate some of its prerogatives to one member of the Executive Board.

12.1. The President represents the Coalition legally for acts of civil life and may take part in court proceedings on behalf of the Coalition, both in defense and in application, with the provision, in this latter case, that it seeks the prior authorization of the Steering Committee.

12.2 The President must send the preparatory documents to the annual General Assembly one month in advance using any mean.

12.3. The President has the possibility, when relevant, to delegate some of its prerogatives to one member of the Executive Board

ARTICLE 13: FUNDS
13.1. The funds of the association are made up of:
•    the subscriptions of its members;
•    the proceeds of its activity;
•    the grants that it receives from states, public corporations, territorial collectivities and other public persons;
•    donations from individuals or commercial enterprises;
•    All other legally admissible funds.

13.2. The amount of the subscription is fixed annually by the General Assembly. Members are encouraged to make voluntary contributions.  At the request of a member organization, the Steering Committee can exempt it totally or partially from its annual subscription. Exemption will be granted for a maximum of two consecutive years.

13.3. The Steering Committee or the General Assembly can decide to entrust an organization in the Coalition with the task of asking for public or private financial backing on behalf of the Coalition for the projects adopted by the latter.

13.4. The annual budget is managed by the Secretariat of the Coalition and monitored by the treasurer.

13.5. The financial year of the Coalition is the calendar year.

13.7. The accounts are inspected by an auditor, nominated if relevant by the General Assembly.

ARTICLE 14: RULES OF PROCEDURE
A set of rules of procedure may be drawn up by the Steering Committee.

ARTICLE 15: MODIFICATION OF THE STATUTES
The General Assembly may modify the present Statutes by a majority of two thirds of the members present or represented, on the proposal of the Steering Committee or of 20 members of the Coalition.

The agenda of the General Assembly must give special notice of modification of the Statutes. The modification proposals must be sent in due course to the members as an enclosure to the notice to attend the Assembly.

ARTICLE 16: WINDING-UP
The General Assembly, convened for this purpose by the President on the decision of the Steering Committee, may pronounce the winding-up of the Association by a majority of two thirds of the members present or represented.

It will then nominate a liquidator and decide on the allocation of the potential winding-up profit. This latter may only be allocated to a non-governmental, non-profit-making organization fulfilling an objective in the domain of the defense of human rights. 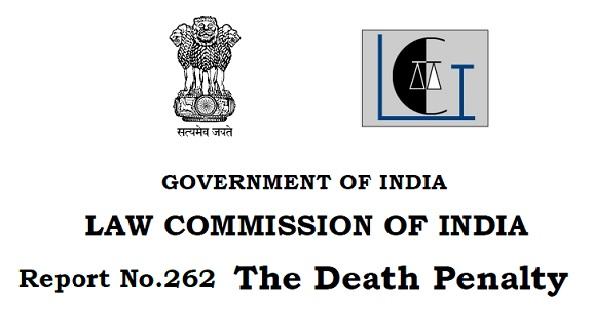 The Law Commission of India (Almost) calls for Abolition 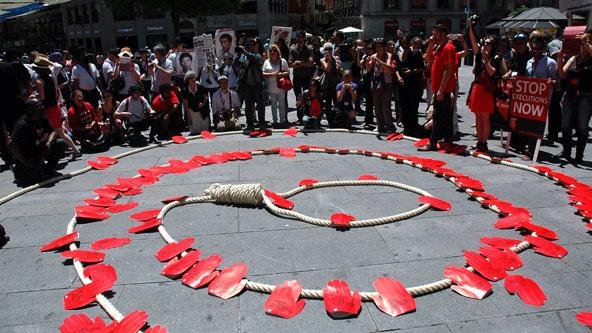