Call for world lawyers to unite against the death penalty

The appeal was launched at the 5th World Congress Against the Death Penalty in Madrid, during which the World Coalition and its partners launched a new manual to help defense attorneys facing capital cases worldwide (download in the right column).

We, the Paris Bar and the Beirut Bar, with the support of the Spanish lawyers’ Foundation, on the occasion of the 5th World Congress against the Death Penalty which is taking place in Madrid from 12 to 15 June 2013,

-The Bars’ role is to protect legal practice freedom and to contribute to the reinforcement of the rule of law;
-Bars and professional organizations of lawyers have a major role to play in working towards the abolition of the death penalty as well as the moratorium establishment and;
-Are expected to participate to the abolitionist discourse in conjunction with the retentionist countries’ authorities.

Call the Bars and professional organizations of lawyers worldwide:

-Suitable legal aid for those facing the death penalty taking into account their particular vulnerability and ensuring a defense worthy of the name;
-A debate on the scale of penalties within their legislative system;
-A national and international discussion on the abolition of the death penalty;

-The ratification of the regional and international abolitionist treaties without derogation or reserve;
-The adoption of a new resolution for a moratorium on the death penalty framework by the General Assembly of the United Nations.

Call the Bars of the retentionist countries:

Book: a victory on the road to abolition 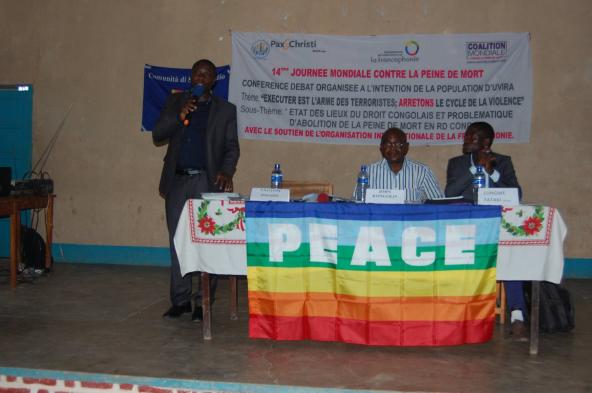 Towards the abolition of the death penalty in DRC: advances to be confirmed