“Our struggle to overcome the political obstacles and bring the country’s authorities to abolish this cruel and inhuman punishment continues,” said Mustapha Znaidi, deputy coordinator of the Moroccan Coalition Against the Death Penalty. He considers that this punishment is “unnecessary and useless” and that society is tolerant.

The three networks submitted a memorandum to the head of the Moroccan government. Their main demands include the ratification of the Second Optional Protocol to the International Covenant on Civil and Political Rights, the ratification of the Rome Statute on the International Criminal Court and a support to the UN resolution on the moratorium, in addition to improving conditions on death row.

Among many activities, a symbolic sit-in outside the parliament building in Rabat was held on October 12, a screening of the documentary “Honk!” took place on October 10 in Casablanca in partnership with the Medical Association for the Rehabilitation of Victims of Torture and in the same city, a conference on the theme “For criminal legislation free of punishment” was held on October 16. Finally, a meeting on October 13 with the General Delegate of Corrections and Rehabilitation focused on the improvement of conditions of detention for people on death row.

More than a thousand criminal cases

Morocco is an abolitionist country in practice, the last execution was in 1993. The death penalty is provided for crimes beyond premeditated murder and touches political acts. A recent study by the Network of lawyers against the death penalty shows that the number of criminal cases exceeds one thousand in the Penal Code and in the Code of Military Justice. “It should be emphasized that the majority of crimes punishable by death has nothing to do with ‘the most serious crimes’ mentioned in the International Covenant on Civil and Political Rights”, says Znaidi.

During 2014, nine death sentences were handed down, but no executions were reported according to the latest report from Amnesty International. The same source reports that 117 people (114 men and three women) were under a death sentence at the end of the year in Morocco / Western Sahara.

A tolerant society towards the death penalty

He emphasized that since 1993, no calls for the application of the death penalty have ever been recoded, either by the families of victims or by supporters of the death penalty. “I think the biggest obstacle is political, not religious, contrary to the claims of proponents of maintaining this sentence, because the source of the Criminal Code is positive law and is inherited from the colonial Penal Code. And again, Islam is tolerant and open with respect to this issue”, he said.

In the coming months, the Moroccan Coalition Against the Death Penalty has organized many activities, including those in partnership with Together against the death penalty (ECPM): regional conferences in several cities of the country, a forum dedicated to young people in Fez in December an abolition Film Festival in January, a series of educational interventions on human rights education and abolition, and a parliamentary seminar. 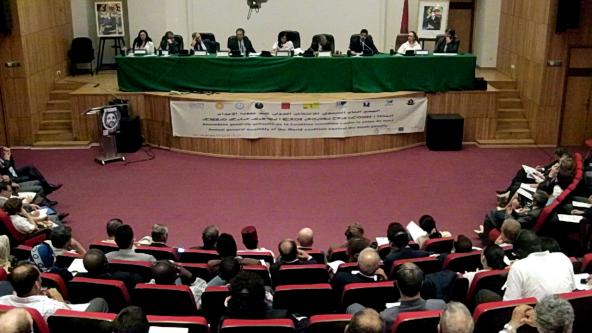