From January until August 2019, Iraq executed more than 100 individuals accused of being affiliated with Daesh, according to Kurdish media network Rudaw.

To put it in perspective, during 2018 at least 52 individuals were executed; these new statistics would indicate that in the first 8 months of 2019 one individual was executed every other day at the hands of the State. Despite this high number of executions, Rudaw reports that there are still 8000 people sentenced to death in Iraq.

In Iraq, the death penalty is regulated by the national legislation and it is imposed to persons founds guilty of a variety of different crimes including murder, treason, espionage, rape, kidnapping, terrorism, war crimes and drug trafficking.

However, people accused of terrorism face particular scrutiny because their cases are judged based on the Anti-Terrorism Law (No. 13) of 2005. According to articles 2 and 3 of this law, if a person is found guilty of a codified crime, either as an accomplice to the crime or a mastermind of it, the sentence is death.

In many cases Iraq officials have elevated the Anti-Terrorism Law over the Criminal Procedure Code. This means that people accused of terrorist activities could see the denial of their fundamental civil rights.

THE LACK OF FAIRNESS IN THE CRIMINAL JUSTICE SYSTEM

During a conference held in Paris on the occasion of the 17th World Day Against the Death Penalty, Belkis Wille, a researcher at Human Rights Watch, reported that, most people accused of being affiliated with terrorism in Iraq are not informed of the reasons for their arrest. Additionally, they have no access to legal representation, they cannot talk with their families and they do not have enough time to prepare their defence. Finally, they are sentenced quickly through unfair and speedy trials, based on insufficient evidence or just on one testimony.

Wille continued by saying that these unfair trials are the result of a confessional system that Iraqi criminal justice is based on. The pressure is put on investigators to get a quick confession in order to bring a defendant before a court. Consequently, torture and any kind of ill treatment become acceptable means in trying to make a suspect to confess.

This is a system that proves to be focused more on revenge than on transparent and fair access to justice. There is no presumption of innocence because even suspects, who have not yet been found guilty of terrorist charges, are subjected to ill treatment. This unfairness, also has dramatic consequences for lawyers because they have defended alleged terrorists. In fact, as stated by Amnesty International, in 2018, about 15 lawyers were accused to be affiliated to Daesh just because they were defending people sentenced for terrorism.

The behaviour of the Iraqi criminal justice system has been repeatedly criticised by human rights defenders as it is in violation of many human rights standards. This is why organisations like Amnesty International are trying to promote the creation of international courts to try individuals suspected of being linked to ISIS. These courts would aim to protect access to justice through fair trials and promote the integrity of the right to life by outlawing the death penalty.

FOREIGNERS BEING SENTENCED TO DEATH AND THE QUESTION OF REPATRIATION

A significant number of people suspected to be affiliated with ISIS are foreigners and they are more likely to be sentenced to death. Wille highlighted that, even though there is little evidence when it concerns foreigners, Iraq public opinion calls for the death sentence in cases where foreigners are brought to court. Those accused of being foreign fighters are blamed by many for entering Iraq and killing their citizens.

On the grounds of repatriation negotiation, Iraq has demanded countries to take back their nationals suspected of being ISIS fighters. However certain countries, like France, have refused to accept them.

Repatriation is an issue that ignited debate between European governments, NGOs and lawyers, who are struggling to bring their clients back to their respective countries to be tried in national courts. On one hand, European authorities reject repatriation on claims of negative public opinion and national security, while on the other hand lawyers claim that, the best security action is to repatriate the accused in order to better survey them and to prevent any future attack on national territory.

The lawyers claims were reaffirmed when, in November 2019, many terrorism suspects, detained by Kurdish forces, escaped prison after a Turkish attack on the northern region of Syria. This has become a very uncontrolled situation that brought a risk of dispersion. Lawyer Nabil Boudi said, repatriation is "the easiest way to secure our territory".

Nabil Boudi, the lawyer of six French nationals sentenced to death in Iraq, including Bilal Kabaoui and Brahim Nejara, insisted that repatriation is needed to make the trial of his clients equitable and fair. During the public debate organised at the Paris Bar, on the occasion of the 17th World Day Against the Death Penalty, Nabil Boudi testified that his clients were subjected to torture during different stages and that their trial lasted about 10 minutes. Additionally, Kabaouis’ and Nejaras’ sisters participated in the conference in Paris and expressed their fears about the executions and the death of their brothers. They strongly wished for their brothers to be repatriated and if found guilty, they did not ask for impunity, they just want them to be tried in their own country.

It has been for many years that Amnesty International has placed Iraq on the list of the top five executioners in the world; a list that includes China, Iran, Saudi Arabia and Vietnam. The death sentences in Iraq do not recognize a linear trend; sometimes the number of executions decrease, but sometimes they increase drastically, for example from 2018 to 2019.

The frequency of executions was explained by the Minister of Justice Haider Al-Zamili in a meeting with the President of the Supreme Judicial Council in 2015. He stated that the application of the death penalty is a necessary deterrent given Iraq’s current situation and that it will be stopped once Iraq attains a situation of security.

Contrariwise, Sarah Leah Whitson, the Executive Director of Middle East and North Africa Division affirmed “such broad prosecutions would be a grave mistake if Iraq is ever to establish some modicum of national reconciliation”. In her opinion, the solution is “to allow these ISIS members to participate in a national truth-telling mechanism that can also create a meaningful record of ISIS crimes, and to make amends through service to the Iraqi communities to which they and their families ultimately belong … Given the deeply fractured state of Iraqi society, this may also be its best chance to unite and rebuild a peaceful country”.

Given the current situation in Iraq, the lack of fairness in its judicial system and the application of death penalty, human rights organisations and lawyers have urged France and other European countries to continue to be faithful to their moral principles of fair trial and human rights beyond its boundaries. The repatriation of European citizens is seen not just as a means to protect their rights, but also to fight against terrorism by obtaining information to better understand the phenomenon of radicalisation in France and Europe. Furthermore, the eventual executions could affect “the legitimacy and credibility of France on the international scene, both in the bilateral dialogue, and within international bodies in particular within the Union Europeans but also vis-à-vis third States wishing to join the EU since the abolition of the death penalty is a condition of membership of the European Union. This would create a danger precedent that could permeate any future discussion of human rights or of the treatment of French nationals prosecuted by the justice of another country, even then that the French authorities have an important role to play at this level.” 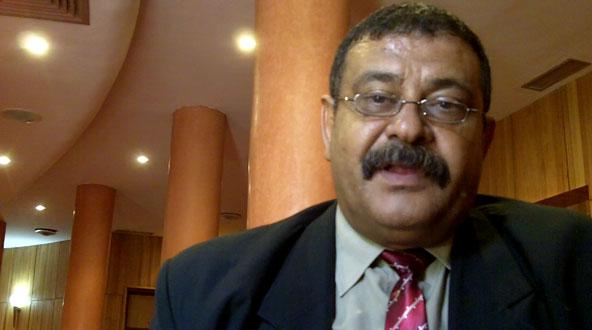