Two countries asked to ratify the UN Protocol on abolition

During the Universal Periodic Rewiew conducted by the UN Human Rights Council in Geneva between November 30 and December 11 (photo), recommendations in line with the World Coalition’s ratification campaign for the UN Protocol to abolish the death penalty were formulated to two of the campaign’s target countries: the Dominican Republic and Ivory Coast.
The campaign was launched in October 2009 and aims at increasing the number of ratifications of the Protocol. To reach this goal, the World Coalition works closely with civil society, international organisations and abolitionist countries for which the abolition of the death penalty is a priority.

“Friends of the Protocol” countries play their part 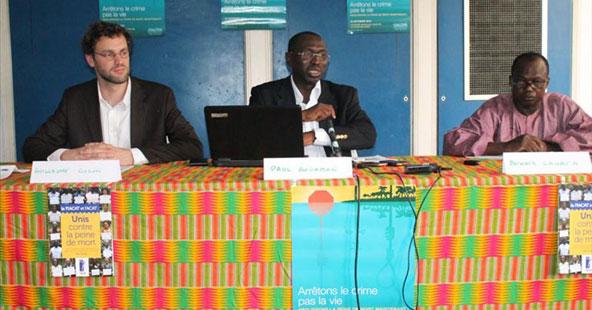