Mr. Roman-Espada’s letter points out that Puerto Ricans are still exposed to the death penalty despite its abolition in law in 1929 and constitutionally  in 1952 and the last execution occurring over 80 years ago in 1927.
Public opinion of the largely Catholic population is against its application and as the letter states “no jury has ever imposed a death penalty in the Federal District Court for Puerto Rico, although the US District Attorney’s Office is constantly trying to push for it”.
According to PRCADP spokesperson Carmelo Campos Cruz “ there are three cases before the Federal District Court for Puerto Rico that have been certified for the death penalty, as well as three other procedures pending to be certified as possible cases for capital punishment”.
“In flagrant disregard to our Constitution, the Secretary for Justice and the Police Superintendent, with the acquiescence of the Governor of Puerto Rico, has mobilized the Commonwealth government’s resources to help federal authorities impose the death penalty on Puerto Rico.”

Sovereignty, federalism and the death penalty

Obama and the death penalty

In his capacity as senator in Illinois, Barack Obama lead a successful campaign to reduce the risk of prosecution misconduct by passing a law that requires the video taping of confessions in capital cases.
Nonetheless, President Obama is officially for the death penalty. In the lead up to the presidential election, Obama stated during a live television debate that “we have to have this ultimate sanction for certain circumstances in which the entire community says this is beyond the pale, and I think it is important that we preserve that”.
When asked if the PRCADP thought President Obama would act on the recommendations in the letter, spokesperson Campos Cruz replied;
“Although we are aware of his previous positions on capital punishment, being a person awarded with the Nobel Peace Prize, makes him– at least in theory – a sensitive recipient of our requests. We know that given the current scenario in the US Congress it will be difficult to approve an amendment to the Federal Death Penalty Act to exclude the application of federal capital punishment in Puerto Rico. Nevertheless, there are administrative measures that can be adopted by President Obama to limit capital punishment”.
He then added that the “PRCADP will continue to use any viable strategy to demand the end of federal capital punishment in Puerto Rico. Next June 20, our organization will present – for the fourth consecutive year – a brief of the application of federal death penalty in Puerto Rico before the UN’s Special Committee on Decolonization”.
Interestingly, Puerto Ricans cannot vote in U.S. presidential elections despite the islanders being U.S. citizens. 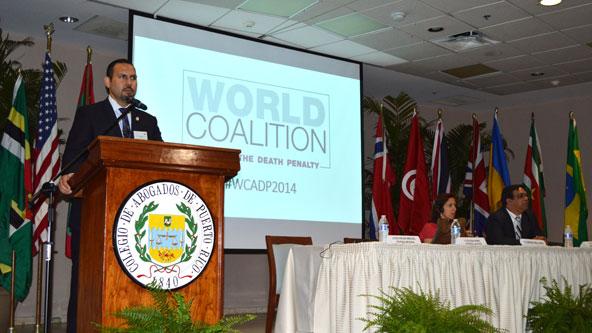