By Human Rights Commission of Pakistan, on 8 July 2013

The Human Rights Commission of Pakistan (HRCP) has called upon the president and the prime minister to extend the informal moratorium on execution of death row prisoners after a presidential order suspending hangings expired on June 30.
Expressing its concern over the presidential order not being reissued after its lapse, as had been the practice so far since 2008, HRCP said that with at least 8,000 death row prisoners in the country’s jails and thousands more charged with or being tried for death penalty offences, never have more lives been at risk of being snuffed out by the state in Pakistan.

“High probability of miscarriages of justice”

The Commission wrote: “We wish to point out that not one of the pressing reasons for HRCP’s longstanding opposition to the death penalty in Pakistan have changed in any way since the government decided to put in place an informal moratorium on executions in late 2008. The critical and well-documented deficiencies of the law, administration of justice, police investigation methods, as well as chronic corruption in Pakistan today have not at all improved since the time that the government first decided to suspend executions in 2008. In the circumstances, capital punishment allows for a high probability of miscarriages of justice, which is wholly unacceptable in any civilised society, but even more so when the punishment is irreversible. Contrary to the much vaunted argument of deterrence, the systematic and generalised application of death penalty has not led to an improvement of the situation of law and order in the country. That has been borne out by research in several countries.”

HRCP said that it continued to call upon the government to adopt an immediate moratorium on executions in light of the serious shortcomings of due process and fair trial in the criminal justice system. It requested the president to immediately issue an order extending suspension of execution. In its letter to the prime minister, HRCP said that if the new government had decided to reverse the decision on suspending executions it must consider the numerous and pressing  reasons for HRCP’s opposition to the capital punishment in Pakistan. 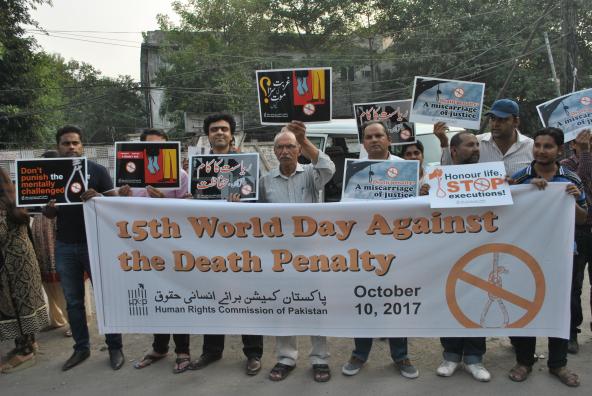