When Prof Roger Hood of Oxford University asked more than 1,500 Malaysians whether they supported capital punishment, 91% said yes for murder, and between 74% and 83% approved for drug trafficking or firearms offences. But when he confronted them with a variety of scenarios consistent with capital crimes as defined in the statute book, only 1.2% said the culprit should be executed in all cases.
Under Malaysian law, people found guilty of murder, transporting a minimum amount of narcotics or shooting at someone else must be sentenced to death. Judges are not allowed to take mitigating evidence into account.
Although the number of executions has been declining steadily in Malaysia and a robust debate exists on the abolition of the death penalty, the perceived popular support for capital punishment has so far stopped politicians from making any changes to the law.
Yet just like a previous opinion survey of Japan, also conducted by Prof Hood for the Death Penalty Project (DPP) with assistance from Dr Mai Sato, the study published on July 8 shows that popular support from the death penalty depends much on how the question is asked and on how much information is known to the public.

Respondents “did not support a practice of mandatory death sentencing”

Questionnaires administered by the independent market research company Ipsos went beyond initial questions on support for the death penalty and its mandatory application.
“When confronted with 12 scenarios of real cases (each half of the sample dealing with six different cases of drug trafficking, murder and firearms offences) for which the penalty is mandatory death, only a small minority of Malaysians responded in a way that showed that they favoured this policy for all such cases,” the research found. “Just 1.2 in 100 considered that all the cases they judged were worthy of death. In other words, they did not support a practice of mandatory death sentencing where the circumstances of the case should be ignored whatever they may be. A fifth (22%) of respondents did not impose the death penalty for any of the cases they were asked to judge.”
Although more than half of respondents thought mandatory death sentences should remain for all cases of murder, only 14% said the perpetrator in all murder scenarios presented to them should be executed. The rate was even lower regarding drug trafficking and firearms offences, which “would give strong support to those who believe that the death penalty could be abolished for both these offences without a public outcry,” Prof Hood wrote.
Speaking at the launch of the study in Kuala Lumpur, Christopher Leong, the president of the Malaysian Bar Association, said: “We urge the Malaysian Government to study the results of the public survey carefully and to take steps to enhance the rule of law in Malaysia and firm up Malaysia’s international standing. The Malaysian Bar reiterates its call on the Malaysian Government to abolish the death penalty, and in the meantime for an immediate moratorium on its use pending its abolition.”

The Malaysian Bar, together with the Human Rights Commission of Malaysia and the National Human Rights Society of Malaysia, are among organisations that have long advocated for abolition in the country. Leong said recent legislative change in neighbouring Singapore, where death sentences are no longer mandatory for drug mules, was an encouragement to reduce the scope of the capital punishment in Malaysia.
The DPP survey gave more arguments to local abolitionists, showing that popular support for the death penalty decreased further when people were given additional information such as the risk of executing innocent people.
“While those who wish to retain the death penalty, known as ‘retentionists’, continue to call for the imposition of the death penalty, especially in relation to murder, rape and incest, the Malaysian Bar has consistently argued that there is no empirical evidence that the death penalty serves as an effective deterrent to the commission of crimes. Arguably, there has been no significant reduction in the crimes for which the death penalty is currently mandatory. This is particularly true of drug-related offences,” said Leong.
The UK government funded the study and Raymon William Kyles, acting high commissioner of the United Kingdom to Malaysia, said at the launch: “We acknowledge that for many retentionist countries, neither the Government nor the majority of people will be ready to move straight towards abolition. But the journey can begin with a review of public sentiment, of the range of crimes which carry the death penalty, and of the mandatory nature of sentencing itself. And while it is going through that process, it can introduce a moratorium on the carrying out of such sentences.” 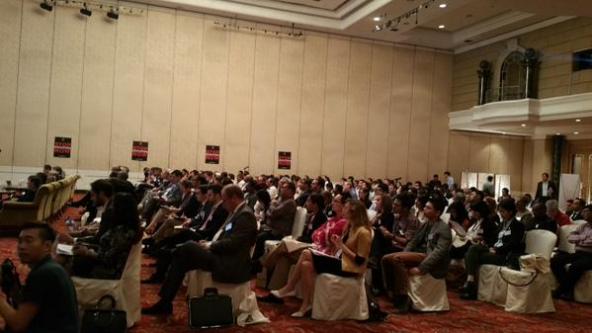 “We need to feel the reality of the death penalty”