The President’s office indicated that it was reviewing the request and that national consultations would be held in September 2018.

From 25 to 28 April 2018, a delegation of the International Commission against the Death Penalty (ICDP) visited Seoul to meet with the President of the National Human Rights Commission in Korea (NHRC) Lee Sung-ho, the President of the Constitutional Court, senior officials of the Ministry of Justice, members of the diplomatic community and key civil society organizations to discuss issues related to the situation of the death penalty. This international delegation was able to discuss and develop a short-term strategy to glimpse the possible scope of South Korea’s vote for an official moratorium on executions in December 2018.

International workshop on the death penalty in due course

Thus, on 26 April 2018, the National Human Rights Commission in Korea, jointly with the ICDP, organized an international seminar on the death penalty. On this occasion, Professor Ivan Simonovic, Commissioner of the ICDP and former Deputy Secretary-General of the UN, presented several examples of States as they moved away from the death penalty and abolished this "cruel and inhuman" practice.

At the same time, the historic summit between South Korean President Moon Jae-in and North Korean President Kim Jong-un was held in Panmunjom on the inter-Korean border. The commissioner of the ICDP, Professor Simonovic, therefore referred to abolitionist actions as evidence of true leadership: “Major moves away   from   death   penalty   require   political   will   and political leadership.  The world looks at Korea to take its own route to abolish the death penalty, and to respect and protect the fundamental right to life.  Commitment to this goal sends a powerful human rights message in time of the Peace Summit meeting between the leaders of South and North Korea. This message is that human rights and especially right to life are more important than any form of revenge.”

In 2016, on 19 December, the United Nations General Assembly adopted its sixth Resolution calling for a moratorium on executions with a view to abolishing the death penalty. The majority was well received, with 117 votes in favour. This year, South Korea will be a target country of this seventh Moratorium Resolution after abstaining since 2007 on all UNGA Moratorium Resolutions. 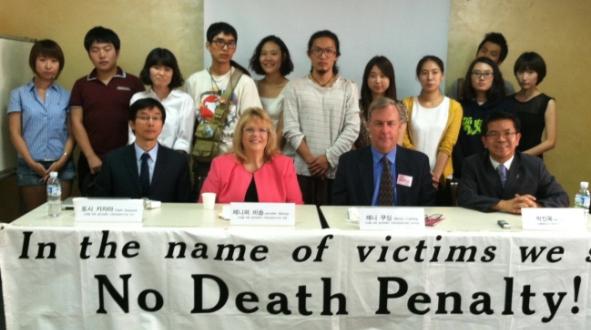 South Korea’s 5,000th day without an execution an opportunity for abolition