Asia is the continent that executes the most people for drug-related crimes. The report, published for the 13th World Day against the Death Penalty, analyzes how the death penalty is applied for drug-related crimes in Asia, evaluates the most common arguments used by governments to justify their use of this inhumane and illegal measure, and exposes why these arguments are unjustified.

On the occasion of the release of this report, the FIDH and the World Coalition Against the Death Penalty, also published an interactive map indicating some key facts and figures on the death penalty in Asia over the last 10 years. 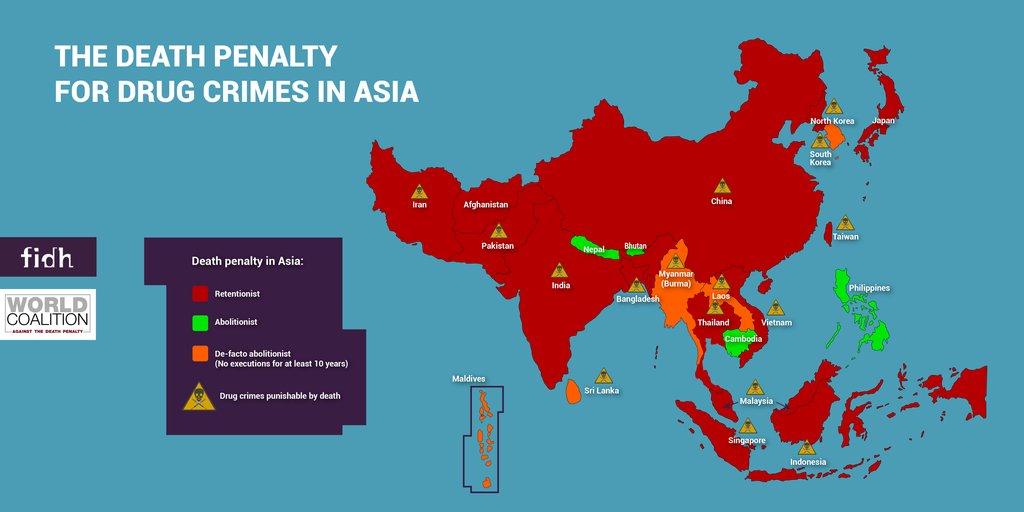 “In addition to not reducing crime, the death penalty for drug-related offences is applied in a discriminatory manner against those in the most vulnerable situations,” said Karim Lahidji, FIDH President.