FIACAT and ACAT Senegal held a training seminar on the death penalty in Dakar between 12-14 November for the 9 member organizations of its network active in West Africa.
The event was an opportunity for the participants to share experience and good practices to abolish the death penalty in the region.
Two delegates from each of the nine ACATs active in West Africa (Benin, Burkina Faso, Côte d’Ivoire, Ghana, Liberia, Mali, Niger, Senegal and Togo) took part in the seminar, which aimed to draw up strategies for:
–    the abolition of the death penalty in Africa;
–    the ratification of the Second Optional Protocol to the International Covenant on Civil and Political Rights;
–    the adoption of the resolution calling for a global moratorium on executions, on which the United Nations General Assembly is due to vote in December.

The participants benefited from the expertise of Prof Carlson Anyangwe, a member of the Death Penalty Working Group of the African Commission on Human and Peoples’ Rights (ACHPR). He gave a broad account of the death penalty situation in Africa and introduced the ACHPR’s work on the death penalty as well as the strategic priorities of its Commission for abolition.
ACAT Benin’s co-ordinator Pascal Zohoun explained the strategies used by ACAT Benin to achieve the repeal of the death penalty and the ratification of the Second Optional Protocol in Benin.
ACAT Côte d’Ivoire president Paul Angaman discussed the positive role radio can play in the promotion of human rights and shared the experience of the programme he presents twice a month.
Finally, FIACAT secretariat member Guillaume Colin gave the participants explanations on the Second Optional Protocol to the International Covenant on Civil and Political Rights and on the United Nations General Assembly resolutions calling for a moratorium on executions.

The presentations alternated with workshops during which the participants discussed strategies to be implemented at the regional and national level to abolish the death penalty.
Those discussions highlighted the importance of winning over public opinion. ACATs decided to work with traditional and religious leaders and with the media to plead with public opinion in favour of the abolition of capital punishment.
ACATs also pointed to the need for continued lobbying of their countries’ authorities to convince them to abolish the death penalty and to ratify international instruments.
Another seminar will follow for ACATs in Central Africa, and FIACAT is planning to draw up an action plan with regional ACATs to bolster the abolitionist struggle in Africa.
The Dakar event was also an opportunity for FIACAT to meet the Senegalese authorities to encourage them to vote in favour of the resolution calling for a moratorium on executions currently debated at the UN General Assembly. 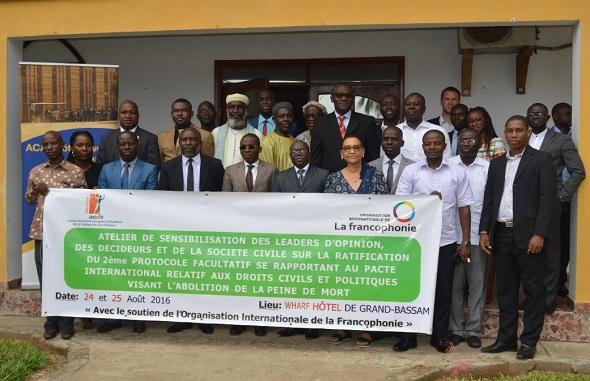