No reason to delay commencement of DDAA 2017

We, the 44 undersigned organisations, groups and trade unions are most disturbed and saddened that at least  10 persons, as reported in the media, have been been victims of the mandatory death penalty for drug trafficking  despite the fact that Parliament had already passed the law abolishing mandatory death penalty and returning sentencing discretion to judges vide the Dangerous Drugs Amendment Act 2017.

This Act, which was passed by Parliament and received royal assent on 27/12/2017, cannot now be used by judges to consider alternatives to the death penalty sentence until the Minister do the needful that will enable this life saving law to come into force. A perusal of the Malaysia’s Federal Gazatte website will disclose that many other laws that have obtained royal assent at the same time as the Dangerous Drugs Amendment Act 2017(DDAA 2017), or later, are already in force.

This DDAA 2017, when it comes to force, will only be applicable for cases where the accused person is not yet convicted. As such, if the court convicts before the new law comes into force, then the Judge is left with no choice but to impose the mandatory death penalty.

The new law, when it finally comes into force, does not provide the Courts, including the Appellate courts, the power to vary the death sentence of those already convicted by the High Court to imprisonment, unless the conviction itself is set aside on appeal.

The dilemma facing judges, who are still denied discretion when it comes to sentencing until the new law is in force, is reflected by words of the judge that sentenced 5 persons to death -"Since there is only one sentence provided for under Section 39B of the Act, the court hereby sentences all the accused to death," he [Judge Datuk Ghazali Cha] said.’. (The Sun Daily, 22/1/2018)

When the new law finally do come into force, the judge will have an option other than the death sentence, being life imprisonment with whipping of not less than 15 strokes.

Existing Inadequacies No Reason For Delay

There are still many flaws in the new Dangerous Drugs Amendment Act 2017, including the limitations imposed as to the matters that the judge can or should consider when deciding on an appropriate sentence, which goes against normal practice in other criminal trials where there are almost no restrictions as to the matters that can be considered by the judge in the exercise of his sentencing discretion. There have also been criticisms about the limited options that will be available, as it would certainly be more just for judges to be able to sentence persons to a lower prison sentence in appropriate cases and not just to life imprisonment only.

The new law, sadly, do not provide any remedy to those already convicted and/or for the 800 or more currently on death row by reason of having been convicted for drug trafficking.

Be that as it may, the new law does abolish the mandatory death penalty, and many who will be convicted after the law is in force, may end up not being sentenced to death.

There is always the option to amend laws later to correct any existing defects, and that certainly is no excuse for delaying the coming into force the DDAA 2017.

It is most disturbing that no reasons seem to have been given by the government and/or the Minister for this delay, which adversely affects persons like the 10, who now are facing the hangman’s noose.

Many of the persons convicted for this offence may even be first time offenders, young people, and /or persons forced into crime by reasons of poverty. As such, government may also bear some responsibility in allowing a situation where the poor are left with no option but crime just for the wellbeing of themselves and their family.

Some of those convicted and sentenced to death may also be parents and/or siblings of children, and most certainly death sentence can never be said to be in the best interest of the child. Malaysia, being a signatory of the Child Rights Convention(CRC), has an obligation to  ensure also that no parent, sibling or relatives of children are sentenced to death.

Minister in the Prime Minister’s Department Datuk Seri Azalina Othman, the new de facto Law Minister, during the Parliamentary session on 2/11/2016 clarified that Malaysia was not just looking at the mandatory death penalty, but all death penalty.( "(The Sun Daily, 3/11/2016)

a) Call on Malaysia to immediately put into force the Dangerous Drugs Amendment Act 2017, which to date the delay has already caused at least 10 persons to be sentenced to death because drug trafficking is still a mandatory death penalty offence until the new law is in force;

b) Call on Malaysia to immediately cause to stay criminal trials of alleged drug traffickers until the new law is in force, which would give judges discretion to impose a sentence other than the death penalty;

c) Call on Malaysia to expedite the abolition of death penalty, especially the mandatory for all remaining death penalty offences;

d) Call on Malaysia to impose a moratorium on executions, pending abolition of the death penalty.

For and on behalf of the 44 groups and organisations listed below:

Center for Alliance of Labor and Human Rights (CENTRAL) Cambodia

PROHAM(Society for the Promotion of Human Rights, Malaysia)

We Believe in Second Chances, Singapore

Women of Colour in the Global Women’s Strike, UK

World Coalition Against the Death Penalty

Malaysia and the Politics Behind the Death Penalty: A Tumultuous Relationship. 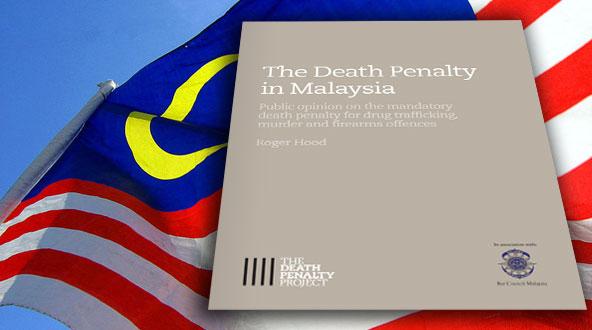 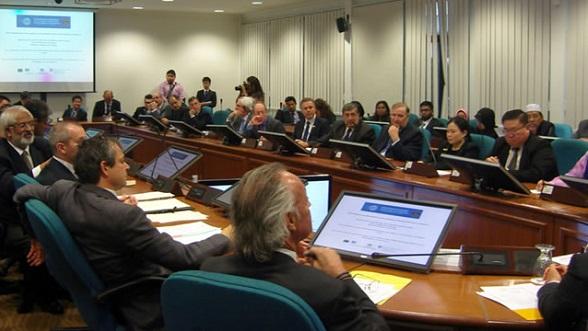 Parliamentarians lead Malaysia Towards Abolition of the Mandatory Death Penalty