Joint statement of the death penalty in Japan

The United Nations Human Rights Council completed the third cycle of the Universal Periodic Review of Japan on 19 March 2018. The stance of the Japanese government regarding the treatment of prisoners and capital punishment opposed our view. The government has promised efforts to improve prison conditions in principle, but it has not accepted any recommendations regarding capital punishment.

II Foreign views of Japan: Promises to improve the treatment of prisoners.

In regard to prisoner treatment within Japan, several foreign countries have made recommendations. Panama has called for the modification of regulations concerning solitary confinement. Sweden and Canada has called for the improvement of medical and dental care, as well as the implementation of heating and cooling at all institutions. France requested greater protection of the rights of those sentenced to death. Denmark urged stricter conformity with the Standard Minimum Rules on Treatment of Prisoners (the Nelson Mandela Rules). Spain and Zambia issued similar recommendations. Many governments recommended that Japan accede to the Optional Protocol to the Convention against Torture and Other Cruel, Inhuman or Degrading Treatment or Punishment.

Although the Japanese government did not clearly accept these recommendations, it has reported progress in improving prison conditions. Among these are medical care and the installation of heating and cooling. It has also indicated that inmates sentenced to death have been treated appropriately.

Needless to say, Japanese penal facilities still face serious problems in regard to medical care, the lack of heat, and solitary confinement. We note that due to the introduction of Correctional Medical Staff Act, and, the establishment of the East Japan Correctional Medical Center, prisons’ medical staffing and medical services have been improved.
However, many inmates claim that it takes many days to see a doctor, and that access to adequate medical care is often denied. Few facilities have proper heating or cooling systems, except for those units in the extreme regions. Some inmates even suffer from frostbite.

Nonetheless, we appreciate that the government shares these concerns, and promises to make efforts for improvement in response to the international community’s recommendations.

III Not accepting all recommendations regarding death penalty.

Nevertheless, the Japanese government did not accept any of these recommendations. It retorted, “Japan believes that each sovereign country should be allowed to make decisions on the issue of the death penalty independently. Domestic public opinion, the existence of extremely vicious crimes, and other factors make abolishment of the death penalty inappropriate. A temporary moratorium is also inappropriate, since the final judgement must be executed impartially and thoroughly under the rule of law.”

It is clear that the Japanese government denies that capital punishment is a fundamental human rights issue based on article 6 of the ICCPR. Such a stubborn attitude raises serious concerns about Japan’s commitment to promoting human rights.

IV The government’s response to the foreign community is unforgivable.

The Japanese government has continued executions, even after the past two cycles of the UPR. The government executed three death row inmates on 17 June 2008, immediately after the outcome document of the first cycle was adopted on 12 June 2008. It executed two death row inmates on April 26, 2014, one month after the outcome document of the second cycle was adopted on 14 March 2013. On 14 March 2018, when the UN Human Rights Council was about to adopt another outcome document, the Ministry of Justice transferred 7 of the 13 Aum Shinrikyo cult members on death row from the Tokyo Detention House to other facilities.
The Ministry offered the lame explanation that the transfer was simply to detain the accomplices separately. We believe that the Ministry of Justice wants to house the defendants in different detention centers in order to carry out mass executions at the same time.
It is unusual to execute those who are seeking retrial. This changed in July of 2017. Many of the 13 Aum members on death row are seeking retrial. We fear that they might be executed despite exercising legal claims for retrial.

Japan is a member of the UN Human Rights Council, and it will host the UN Congress on Crime Prevention and Criminal Justice in Kyoto in 2020. Furthermore, Japan will host the summer Olympics that year. If the government ignores calls from the international community, and chooses to carry out executions, whether they are Aum Shinrikyo cult members or other inmates on death row, Japan will be degraded. 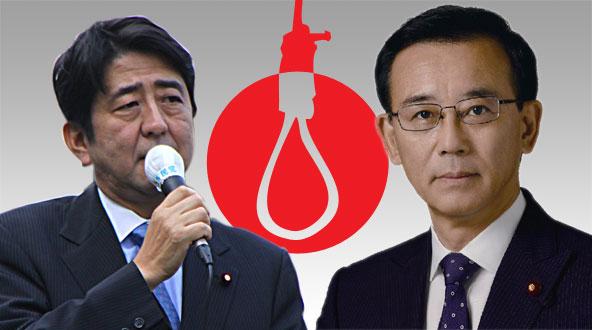